We are in the eleventh year of The Great Super Hero Movie Resurgence.

I say eleventh year because in my opinion  the resurgence began with 2005’s Batman Begins.

See what I did there?

Some may argue that Wolverine and company are responsible for making supe cinema en vogue again with X-Men. Others will claim that Spider-Man is to blame for the rising stock market prices of spandex over the last 10+ years. But this is my blog and I say Batman gets the credit.

I say this because Batman Begins and its sequels, The Dark Knight and Dark Knight Rises, not only helped change a social landscape that was beneficial to Nerdom (if only 17 year old me knew that one day I would go from having to hide my comic books under my mattress to one day giving some of my cooler athletic friends advice on what Green Lantern comics they should read first) but this trilogy also impacted mainstream cinema as a whole.

Christopher Nolan’s Dark Knight Trilogy was in short, successful. Many believe the success of these films was the dark and gritty tone that was glazed over a super hero that had spent some of his past years solving mysteries with Scooby Doo and the gang and spent the 60’s surfing and dancing.

I disagree. Sure, Hollywood hasn’t been afraid to get more gritty and The Dark Knight Trilogy deserves some cred for that trend. But Batman’s surfing career died in the 60’s and he hopped out of the Mystery Machine in the 70’s. In fact,  Batman got gritty all the way back in the 1980’s with Frank Miller’s The Dark Knight Returns comic in which we see a mentally unstable Batman using excessive violence on criminals to the degree that the government sends Superman to take him down. (Sounds like a full proof movie idea that could stand on it’s own and wouldn’t need to rely on any extra heroes, villains or convoluted plot.) 1989 and 1992 brought us Tim Burton’s incredibly dark Batman movies that saw parents so outraged that Warner Bros was forced to change the tone of its sequels leaving the Batman’s cinematic future dead in a pile of bat nipples and ice puns.

So if a gritty Batman wasn’t new, then what made this movie trilogy appealing to the masses?

I’m not insinuating that there is actually a Batman somewhere fighting crime.

That’d be cool though. I think.

But people love originality. And they love nostalgia. If you can take this childhood thing and repackage it in a fresh and original way then you have a hit.

I know this because I almost hit some full grown adults with my car earlier because they were running through the streets chasing virtual Pokémon on their iPhones.

Unless you’re an all female squad of ghost hunters. I guess the world wasn’t ready for that.

Anyway, it was refreshing to see this fantastical thing like Batman tackled in such a way that grounded the unrealistic in a reality that could exist. There was no suspension of disbelief required. We got to re-experience this beloved thing from our youth that was now rebranded with a PG-13 rating complete with a punk rock, Tyler Durden-esque Joker that many finally found to be cooler than their old hero.

Now we live in a world where everything seems to necessitate being realistic. Even zombies are presented in this realistic-totally-could-happen type of way. Zombies used to just be zombies and needed no explanation and deserved none of our worry but now we all secretly walk around with zombie survival plans in the back of our minds. (My friend Ethan and I have some property picked out in the woods of Arkansas where we plan to wait out the zombies)

The more grounded in reality something is the easier it is to put it in this box we can wrap our brains around and that makes us comfortable.

I think a realistic Batman was easier to resonate with us and his huge fictional world was placed in this box that was small and knowable and didn’t require much imagination.

After all, the disease of adulthood attacks the imagination first.

At least this is my opinion.

Realism is easy to stomach.

And I love the easy to understand.

However, this often comes into complete conflict with my belief in God.

A little about myself. I am a skeptical, reason and logic loving, Christian with liberal tendencies living in the Bible Belt and employed as a student pastor. AKA: I am a unicorn.

I love for things to fit neatly in a box of validity.

The unfortunate thing about God is that He doesn’t really fit in a box. I’m not speaking physically or trying to raise a paradox asking if there is a box so small that God can’t fit into it?

Which isn’t actually a paradox because the answer to that question is Yes, there is.

That tiny box would be my mind.

I know because I continually attempt to cram God and His infiniteness into it.

I’m currently going through a series on Wednesday nights with my students about the 12 disciples.

I call this series The 12 Dudes.

“How’s that working out for you?”

So far it’s been a challenge teaching about James and Thaddaues, disciples only ever mentioned by name. This week we moved on to Nathanael and Philip and the short story version of these 2 is this:

Philip is stoked to find God in the flesh and follows him but not before he goes and tells his buddy Nathanael about Jesus.

Nathanael bashes Jesus’ hometown and pretty much says “Prove it”.

Nathanael confesses Jesus as “Son of God and King of Israel”.

We don’t see Nathanel in any sort of starring role again.

Philip’s story goes on though:

Philip is present for many of Jesus’ miracles but when it comes time to feed thousands of people with very little bread he puts Jesus on blast by saying it can’t be done.

Then at the Last Supper as Jesus is telling his disciples that He is God and God is Him and laying on them some thick news that’s going to go down that weekend, Philip asks Jesus to show them God.

Jesus repeats that He is God and God is Him.(I imagine Jesus sighing but I doubt Jesus got as annoyed as I do at having to be repetitive with the Gospel.)

This is all interesting to me because:

But we see Philip struggle throughout Jesus’ earthly ministry and even up until the last night of it, he still is struggling to understand just who Jesus is.  Despite Jesus saying it to his face.

I can be very enthusiastic about my ministries and all the amazing things God can do in them while at the same time struggling with the idea that God will do anything through them.

Despite what I have seen God do when I just let God be God.

It’s because I try to put God in a little pretty pre-packaged-Made-in-Cory’s mind-box.

Philip did the same thing.

When Jesus asks Philip how they are going to feed thousands with the little food they had his answer should have been, “You will feed them, Jesus. Because you are God. You can make it rain Jell-o if You want. Please make it rain Jell-o.”

But the idea that Jesus could do something so unrealistic as to make the biggest buffet ever out of a couple of loaves of bread and few fish didn’t fit in Philips box.

And if we go back and look at Nathanael and his skepticism in the face of Jesus we see that the Nathanael’s doubts were extinguished when Jesus stepped out of the box and exposed a tiny shred of His divinity.

Nathan began where Philip struggled to even end up:

that Jesus was God in a box.

And I’m not saying this makes God make more sense. But maybe that’s the point.

We have this account of how God lived a human life and that it was realism blended with the quixotic.

I mean someone at some point peed next to Jesus in an old school public latrine.

Humanity meeting divinity and packaged into flesh that people actually walked and talked with.

And though we can contemplate this realism that comes with God putting on human flesh it doesn’t make his life any more fathomable.

“And what would have been the difference between the two of us if Satan had offered me the world for a head nod?

Just a little bend at the waist (ever so slightly) to forfeit suffering and inherit a kingdom.”

The defintion of realism is this:

the quality or fact of representing a person, thing, or situation accurately or in a way that is true to life.

It’s a definition that only exists in the context of life as we know it.

And in my life the possible makes sense and the impossible doesn’t make sense.

Praying to God to remove my suffering and if not, praying to give me the strength to endure it makes sense.

Actually going through immense suffering to end up nailed to the cross to die for an ungrateful world doesn’t make sense to me.

I wouldn’t have done it.

Dying on a cross makes sense. It’s what the cross was designed for.

Seeking the living among the dead even makes sense to me.

But finding that the dead is truly alive does not make any sense to me.

But I’m thankful regardless.

God won’t ever fit inside my small minded need to understand everything.

Therefore we can and never will be able to comprehend God in a way that gives us complete understanding as to how or why he operates the way He does.

For whatever reason it’s supposed to work this way.

It makes me turn to God.

Every hard and tragic season will come questions of “why” directed at a God who can’t be understood.

Every great and prosperous season will come with an easiness to forget that all good things come from a God that gives to the undeserving.

The only thing I am sure of is that I never will be.

God is God regardless.

One thought on “Batman, Realism and a couple of Fight Club references ”

My actual name is Cory 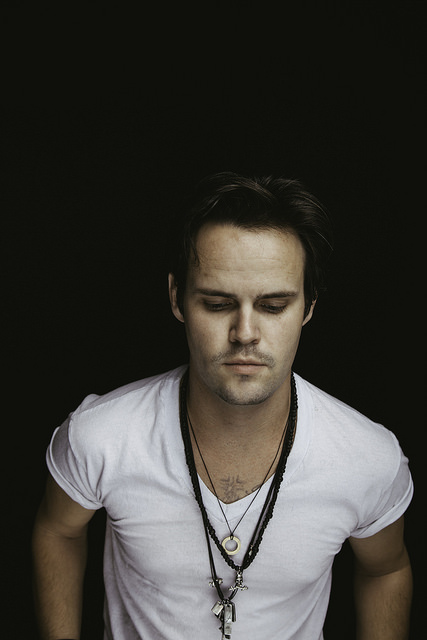 Something I wish I said

junk in the drawer